I have a six year old Apple desktop computer which is a one piece unit. My computer screen was blacking out, and I took my computer to an Apple Store. They told me that Apple was no longer supporting this computer, so I could not get any replacement parts if needed. They reinstalled my operating system which seemed to resolve the problem. After six months the computer screen started blacking out again. David discovered the computer was overheating due to a dust build up. He figured out a way to bypass the screen by hooking the computer up to a separate monitor. My computer has been working beautifully and my repair was very reasonably priced. I did have to purchase a new monitor, but I saved at least a $1000.00 by not having to replace my computer. I highly recommend Assai Tech to anyone with computer repair needs! 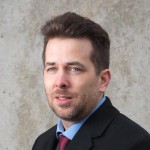 David founded Assai Tech in 2011 with the intent to simplify and expand people's lives and to streamline businesses on the Olympic Peninsula.

How to Avoid Gaming PC Bottlenecks?